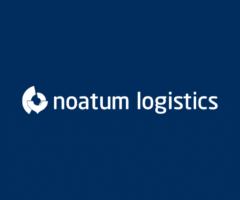 The revised rules, originally designated “INCOTERMS 2010“, contain a series of changes, such as a reduction in the number of terms to 11 from 13. The DAF, DES, DEQ, and DDU designations have been eliminated, while two new terms, Delivered at Terminal (DAT) and Delivered at Place (DAP), have been added. INCOTERMS 2010 also attempt to better take into account the roles cargo security and electronic data interchange now play in international trade.

Paul Fitzpatrick, Managing Director of Global Trade Management, released a video excerpt about INCOTERMS as part of a multi video lecture series. You can watch the video now:

If you would like the full video presentation or more details on other trade video topics, please email us at contact_us@miq.com.

INCOTERMS are a set of three-letter standard trade terms most commonly used in international contracts for the sale of goods.  First published in 1936, INCOTERMS provide internationally accepted definitions and rules of interpretation for most common commercial terms. INCOTERMS are not updated yearly. Those searching for 2016, 2015, or 2014 INCOTERMS should be directed towards the latest 2010 version.  In the US, INCOTERMS are increasingly used in domestic sales contracts rather than UCC shipment and delivery terms.

INCOTERMS inform the sales contract by defining the respective obligations, costs and risks involved in the delivery of goods from the Seller to the Buyer.

WHAT INCOTERMS DO NOT DO

INCOTERMS by themselves DO NOT:

These items are defined by the express terms in the sales contract and by the governing law.