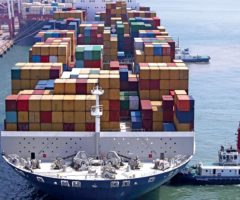 Access additional articles and updates in the news section.

Please note this was created to update customers on congestion and delays at many U.S. ports, specifically Long Beach and Los Angeles, that was increasing for multiple reasons and factors in 2014 and 2015.  We collected some useful resources and information on this topic.

The port congestion was attributed to multiple factors, including: