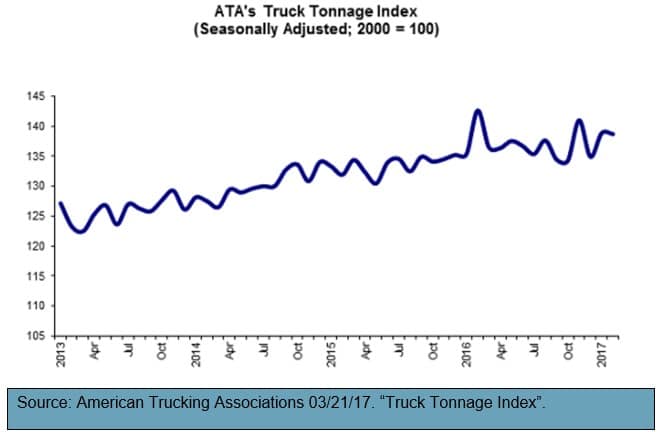 The not seasonally adjusted index, which represents the change in tonnage actually hauled by the fleets before any seasonal adjustment, equaled 125.5 in February, which was 4.6% below the previous month (131.7).

“February’s numbers, especially the year-over-year drop, might surprise some as several other economic indicators were positive in February,” said ATA Chief Economist Bob Costello. “However, I’m not worried about the decline from February last year as it was really due to very difficult comparisons more than anything else: February 2016 was abnormally strong.

“Looking ahead, signs remain mostly positive for truck tonnage, including lower inventory levels, better manufacturing activity, solid housing starts, good consumer spending, as well as an increase in the oil rig count – all of which are drivers of freight volumes” he said.