American Trucking Associations’ advanced seasonally adjusted (SA) For-Hire Truck Tonnage Index slipped 1% in March, following a 0.1% decline during February. (February’s percentage decrease was unchanged from our press release on March 21, 2017.) In March, the index equaled 137.5 (2000=100), down from 138.8 in February. The all-time high was 142.7 in February 2016. 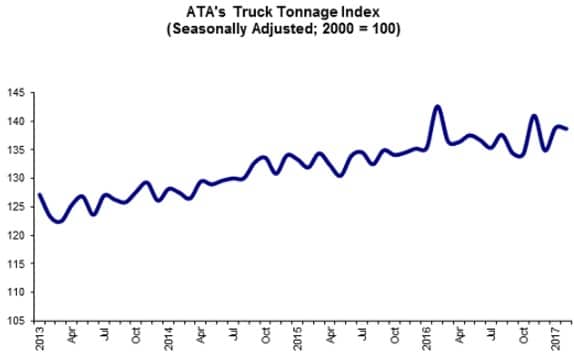 The not seasonally adjusted index, which represents the change in tonnage actually hauled by the fleets before any seasonal adjustment, equaled 143.9 in March, which was 14.6% above the previous month (125.6).