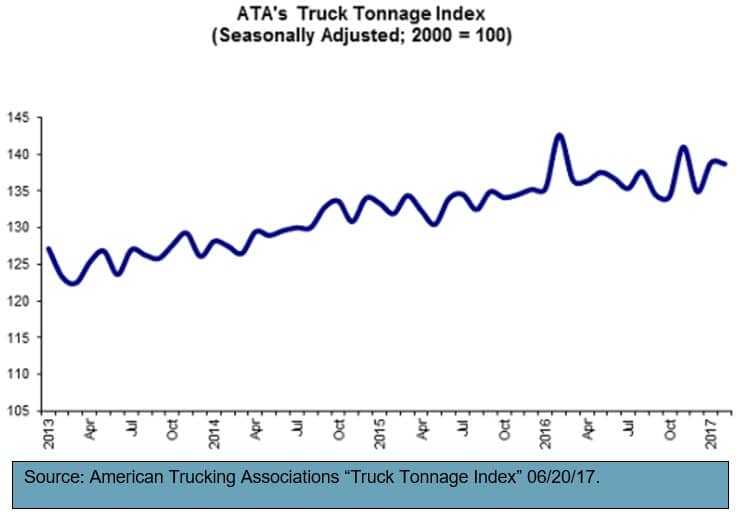 As part of this report, ATA also revised its April decline in the index downward to a 1.5% dip from a previously reported 2.5% drop.

The not seasonally adjusted index, which represents the change in tonnage actually hauled by the fleets before any seasonal adjustment, equaled 145.3 in May, which was 8.5% above the previous month (134).

“After three straight declines totaling 2.6%, truck tonnage snapped back in May,” said ATA Chief Economist Bob Costello. “One month does not make a trend, but the nice gain last month fits more with the anecdotal reports I’ve been hearing from fleets, at least more so than three straight months of decreases.

“Despite the robust jump in May, I still expect moderate growth going forward as key sectors of the economy continue to improve slowly,” he said.