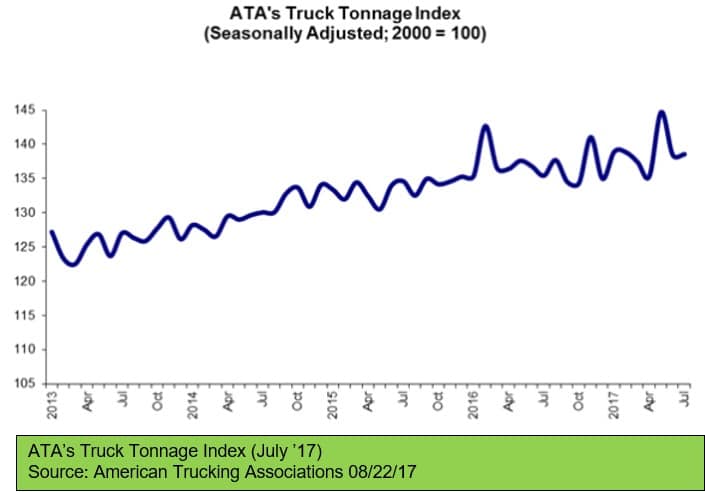 As part of this report, ATA also revised its June drop in the index downward to a 4.4% decrease from the previously reported 4.3% decline.

The not seasonally adjusted index, which represents the change in tonnage actually hauled by the fleets before any seasonal adjustment, equaled 141 in July, which was 2.2% below the previous month (144.2).

“July’s small increase in truck tonnage fits with other mixed economic indicators,” said ATA Chief Economist Bob Costello. “Retail sales surprised to the upside, but manufacturing production and housing starts were down, so combined those likely caused a rather flat month in July for truck tonnage.

“With better economic growth in the second half of 2017, expect truck tonnage to continue increasing at a moderate pace on a year-over-year basis,” he said.