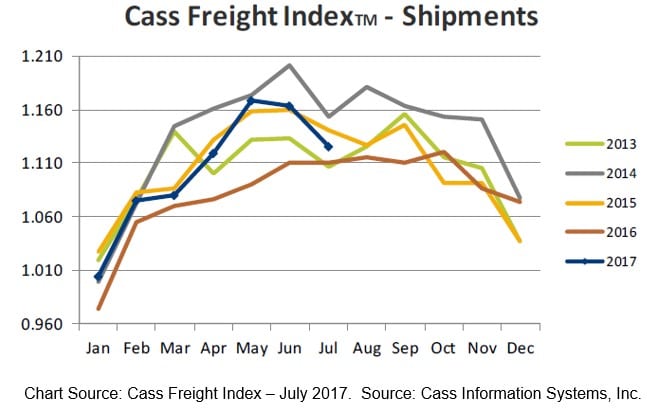 Throughout the U.S. economy, we are continuing to see a growing number of data points suggesting that the economy continues to get incrementally better. Some data points are simply less bad, a few of them are much better (airfreight, DAT Barometer), but some are suggesting deceleration (rail). The 1.4% YoY increase in the July Cass Shipments Index is yet another data point which confirms that the first positive indication in October (before the election) was a change in trend. In fact, it now looks as if the October 2016 Cass Shipments Index, which broke a string of 20 months in negative territory, was one of the first indications that a recovery in freight had begun.