The Freight Transportation Services Index (TSI), which is based on the amount of freight carried by the for-hire transportation industry, was virtually unchanged in December  from November, failing to rise after five consecutive months of increases, according to the U.S. Department of Transportation’s Bureau of Transportation Statistics’ (BTS). The December 2014 index level (123.8) was 30.9 percent above the April 2009 low during the most recent recession. 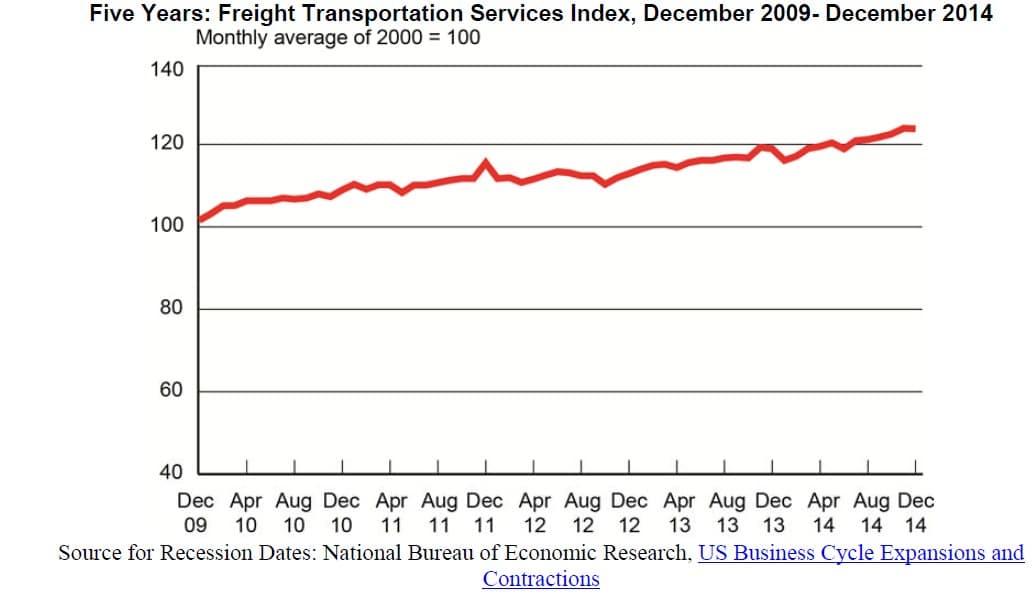 The level of freight shipments in December measured by the Freight TSI (123.8) was less than one-tenth of 1 percent below the all-time high level of 123.9 in November 2014. BTS’ TSI records begin in 2000.

The November index was revised to 123.9 from 123.2 in last month’s release but still remains an all-time high. July, September and October indexes were also revised up while the August index was revised down. The Freight TSI measures the month-to-month changes in freight shipments by mode of transportation in tons and ton-miles, which are combined into one index. The index measures the output of the for-hire freight transportation industry and consists of data from for-hire trucking, rail, inland waterways, pipelines and air freight.