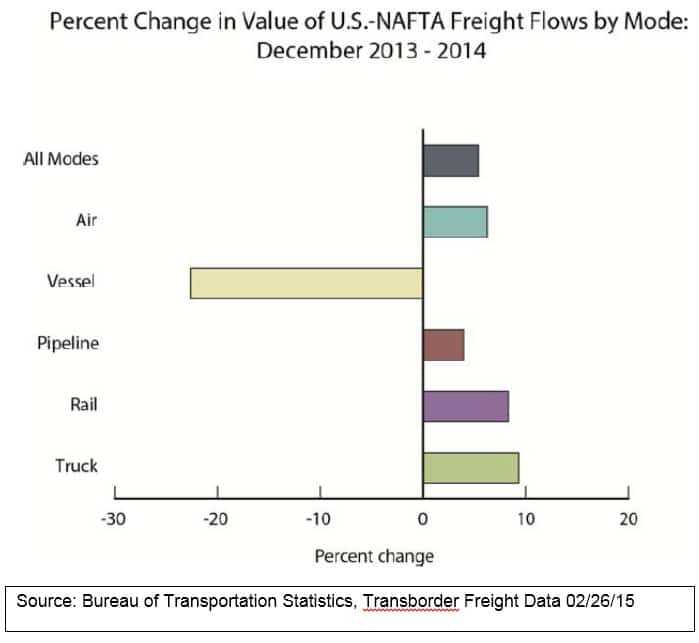 The value of NAFTA trade by vessel declined in December due to the reduced price of mineral fuels. The rise in total pipeline freight value took place despite a decline in cost per unit, due to an increase in the volume of freight.

In December 2014 compared to December 2013, the value of commodities moving by truck grew by the largest percentage of any mode, 9.3 percent. Rail freight increased by 8.3 percent, air rose by 6.3 percent, and pipeline grew by 4.0 percent. Vessel freight decreased by 22.6 percent, mainly due to lower mineral fuel prices.