“Despite month-to-month volatility in the final quarter of 2013, the U.S. LEI continues to point to gradually strengthening economic conditions through early 2014,” said Ataman Ozyildirim, Economist at The Conference Board. “The LEI was lifted by its financial components in December, but consumer expectations for business conditions and residential construction continue to pose risks.” 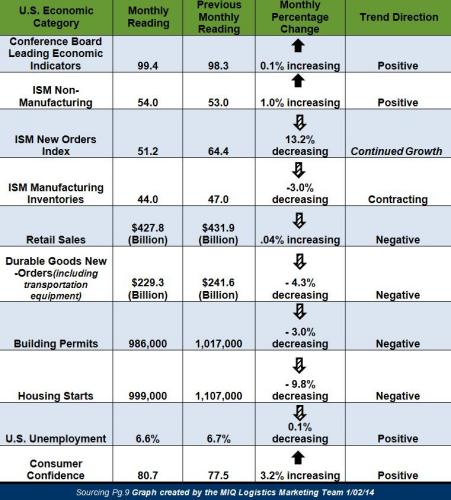 Economic activity in the manufacturing sector remained in expansion in January 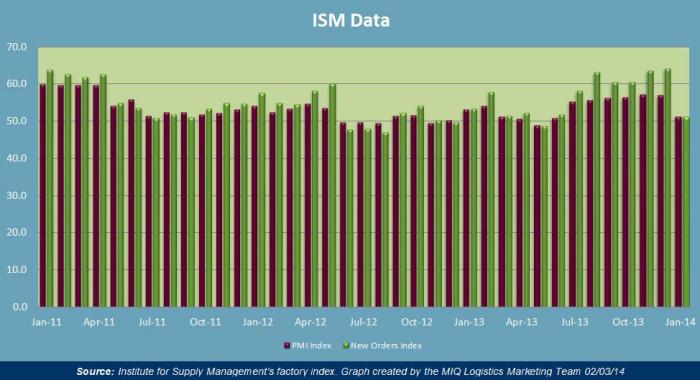 “The Freight TSI remained above its 2012 range for the 12th month in a row. Beginning with January, every month in 2013 exceeded the high point of 2012, 111.6 reached in December” –Bureau of Transportation Statistics 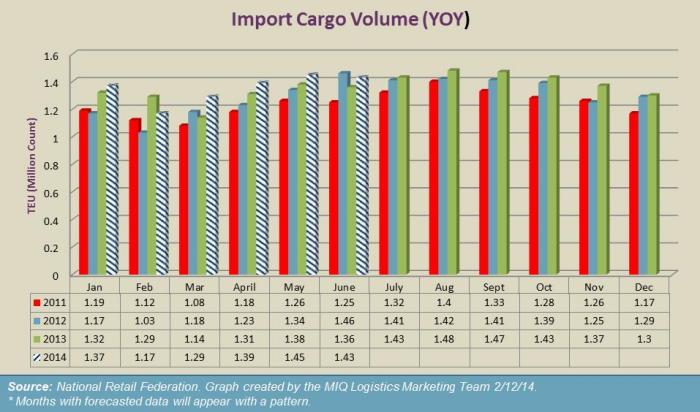 *Note: The ocean carriers have announced their next round of GRI’s and some carriers have implemented a PSS (Peak Season Surcharge) on 1/1/14. 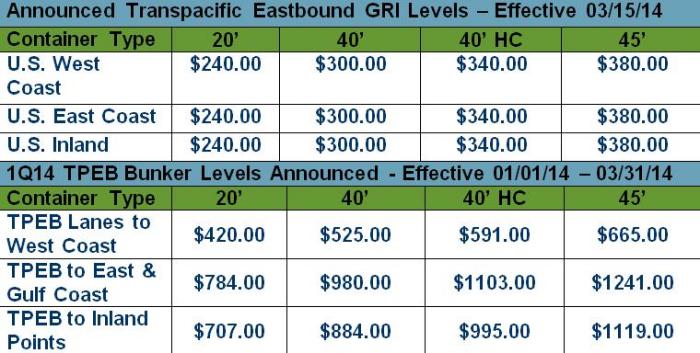 Since the beginning of December the Midwest, Northeast, Mid-Atlantic, and most recently the Southeast have all faced a barrage of winter storms.  The toll these storms are taking on logistics run the gamut of topics:

Japanese Customs Authorities have announced the Implementation of the Advanced Filling Rules (AFR), which require Shipping Company and NVOCC to electronically submit to the Customs information on maritime container cargoes to be loaded on a vessel intended to entry into a port in Japan, in principle no later than 24 hours before departure of the vessel from a port of loading. The rule will be effective on March 1, 2014. Enforcement will start on March 1, 2014 Japan Time or GMT March 9, 2014 at 3 p.m. Please contact your MIQ Logistics representative for more information.

June 30, 2014 will mark the end of the current International Longshore Workers Union (ILWU) contract. The ILWU manages the labor for all Longshore work done on the west coast of the United States from Seattle to San Diego and Vessel Pilots in the Panama Canal. Although no one can predict the future, it is important to know the potential scenarios that may occur during the contract renewal negotiations this summer.