In reviewing the Short Term Energy Outlook which was released on August 9th, the below product prices for regular gasoline and diesel pricing were forecast for 2016 and 2017: 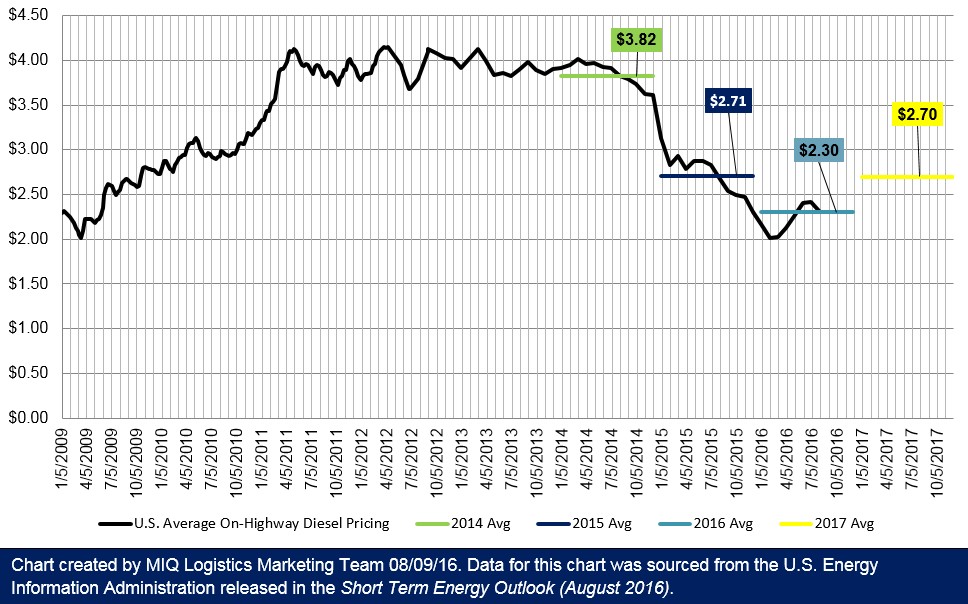