Imports Could Hit New Record As Busy Merchants Stock Up

July and August should be two of the busiest months ever seen for imports at the nation’s major retail container ports, possibly setting a new record as merchants enter the back-to-school season and begin to stock up for the holiday season that will follow, according to the monthly Global Port Tracker report released today by the National Retail Federation and Hackett Associates. 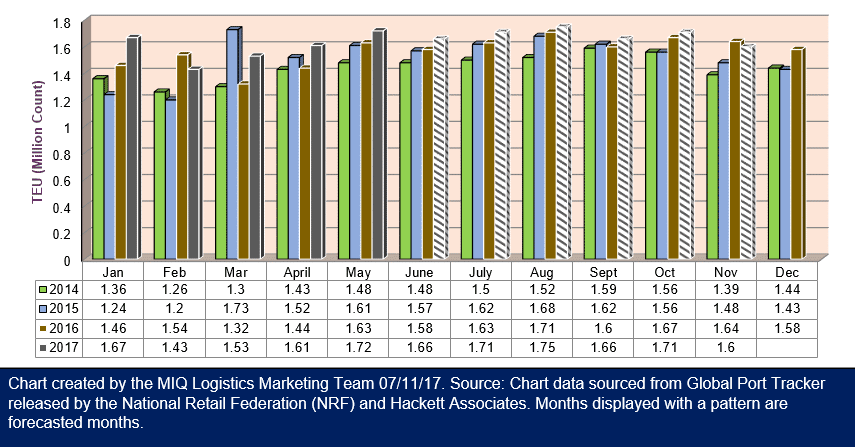 “We’re expecting retailers to import some of the largest volumes of merchandise ever,” NRF Vice President for Supply Chain and Customs Policy Jonathan Gold said. “That’s a good indicator of what could be ahead for consumer demand and retail sales, and it’s a sign that retail is going strong despite what you might read in the headlines.”