Imports at the nation’s major retail container ports are expected to grow a healthy 5.8 percent year-over-year this month but could be threatened in the future if the developing trade war between the United States and China continues to escalate, according to the monthly Global Port Tracker report released today by the National Retail Federation and Hackett Associates.

“Tariffs are a tax on American consumers in the form of higher prices but they are also a tax on American jobs,” NRF Vice President for Supply Chain and Customs Policy Jonathan Gold said. “If tariffs ultimately lead to a reduction in imports and exports, that will put dockworkers and countless others in the supply chain out of work. American consumers and workers should not be punished for China’s wrongdoing.” 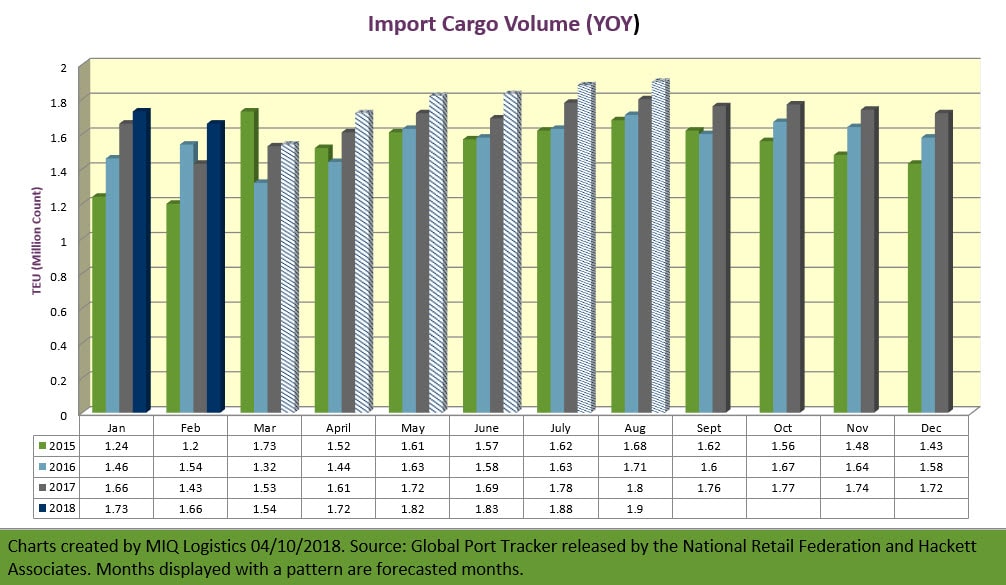 “There is nothing good about a trade war,” Hackett Associates Founder Ben Hackett said. “It is a vicious circle of retaliation where there are no winners, only losers.”

Ports covered by Global Port Tracker handled 1.69 million Twenty-Foot Equivalent Units in February, the latest month for which after-the-fact numbers are available. That was down 4.1 percent from January but up 15.8 percent from a year ago, with the year-over-year number skewed because of fluctuations in when Lunar New Year factory shutdowns occur in Asia each year. A TEU is one 20-foot-long cargo container or its equivalent.