Imports surged to unexpected high levels this summer and may have hit a new record as the U.S. economy continues to reopen and retailers stock up for the holiday season, according to the monthly Global Port Tracker report released today by the National Retail Federation and Hackett Associates. 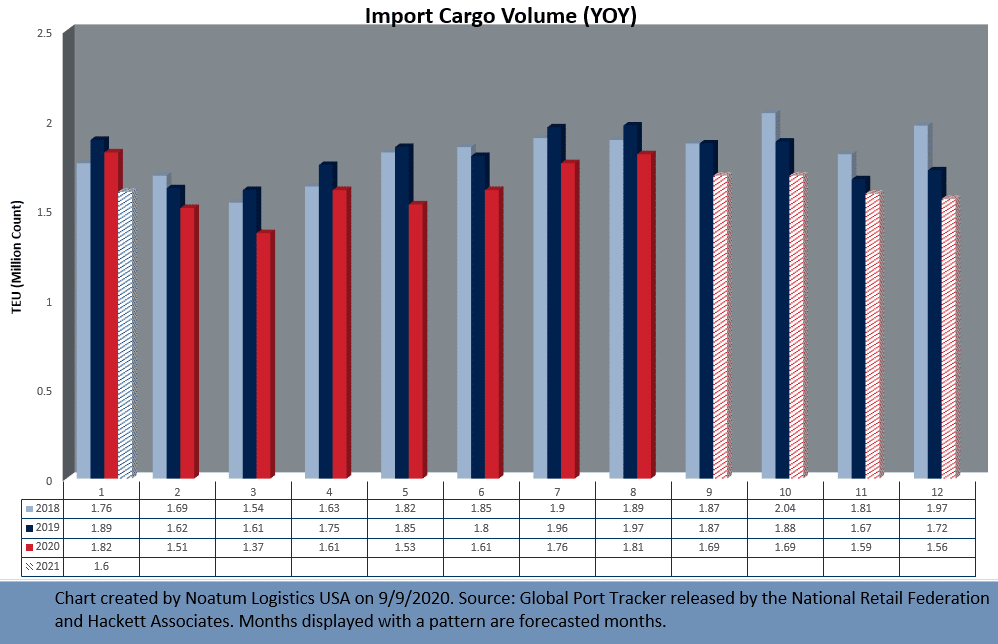 “It’s important to be careful how much to read into these numbers after all we’ve seen this year, but retailers are importing far more merchandise for the holidays than we expected even a month ago,” NRF Vice President for Supply Chain and Customs Policy Jonathan Gold said. “Some of these imports are helping replenish inventories that started to run low after consumers unleashed pent-up demand when stores reopened. But this is the clearest sign yet that we could be in for a much happier holiday season than many had thought.”

“The economy has come into sharp focus, and for good cause,” Hackett Associates Founder Ben Hackett said. “The previous yo-yo pattern of import levels reached a peak in July that appears to have extended into August. Nonetheless, data from around the globe is a mix, with a weak recovery as Europe struggles with rising COVID-19 numbers but China’s exports remain solid. Will this last? A lot of uncertainty is in play.”

U.S. ports covered by Global Port Tracker handled 1.92 million Twenty-Foot Equivalent Units in July, the latest month for which after-the-fact numbers are available. That was down 2.3 percent year-over-year but up 19.3 percent from June and significantly higher than the 1.76 million TEU forecast a month ago. A TEU is one 20-foot-long cargo container or its equivalent.

August was estimated at 2.06 million TEU, a 6 percent year-over-year increase. Actual August numbers won’t be known until next month, but that would be an all-time high, beating the previous record of 2.04 million TEU set in October 2018.

The forecast numbers call for 7.58 million TEU during the July-October “peak season” when retailers rush to bring in merchandise for the winter holidays, making 2020 the third-busiest peak season on record following 7.7 million TEU in 2018 and 7.66 million TEU last year.