Economic activity in the manufacturing sector contracted to its lowest level since June 2009. 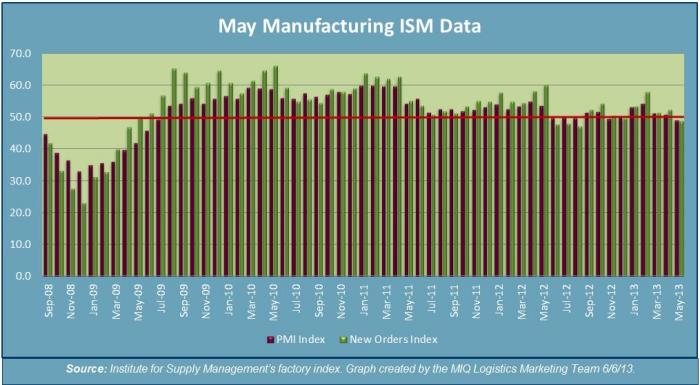 American Trucking Association: The ATA’s seasonally adjusted (SA) For-Hire Truck tonnage Index decreased 0.2% in April, following an increase of 0.9% in March. The report from the ATA shows that April’s SA was 123.2, which is up 4.3% on an annual basis.

NAFTA: Trade:  Freight flows (measured in current dollars) on all modes of transportation between the U.S. and its NAFTA partners, was down 4.0% in March (month-over-month from February) to $95.6 billion.

Trucking Employment: According to the Bureau of Labor Statistics, for-hire trucking companies lost 700 jobs in this sector in the month of May.  However, there was an upward adjustment for the month of April which showed an increase of 700 jobs in this same sector. From a year-over-year perspective, trucking employment is up 3.0% from May 2012; or 39,900 new jobs. 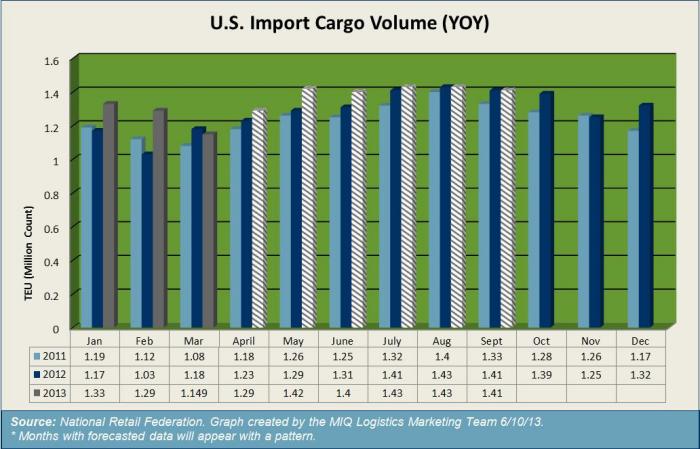 Overcapacity and weak demand are the running theme on Transpacific Eastbound:

The Global Port Tracker report from Hackett Associates and the Bremen Institute of Shipping Economics and Logistics have reported their survey findings for the six major container ports in Northern Europe: