Sales. The U.S. Census Bureau announced today that the combined value of distributive trade sales and manufacturers’ shipments for August, adjusted for seasonal and trading-day differences but not for price changes, was estimated at $1,304.1 billion, up 0.2 percent (±0.2%)* from July 2016, but was virtually unchanged (±0.5%)* from August 2015. 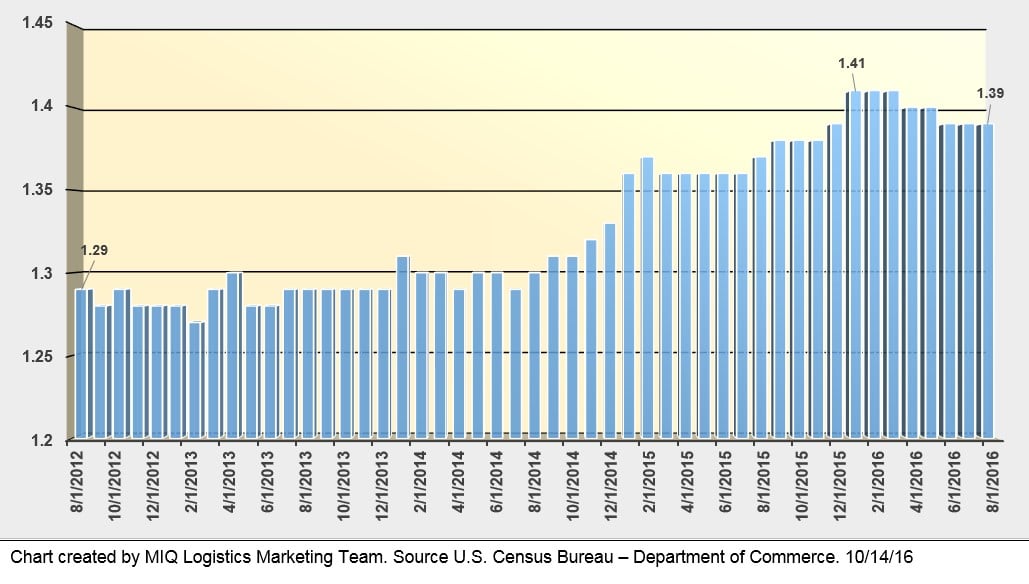 Inventories/Sales Ratio. The total business inventories/sales ratio based on seasonally adjusted data at the end of August was 1.39. The August 2015 ratio was 1.38.