“Despite The U.S. LEI increased sharply in February, suggesting that any weather-related volatility will be short lived and the economy should continue to improve into the second half of the year,” said Ataman Ozyildirim, Economist at The Conference Board. “The strengths and weaknesses in the LEI were balanced in February, with large increases in housing permits and the interest rate spread more than offsetting decreases in the workweek in manufacturing, consumer expectations and rising initial claims for unemployment insurance.” 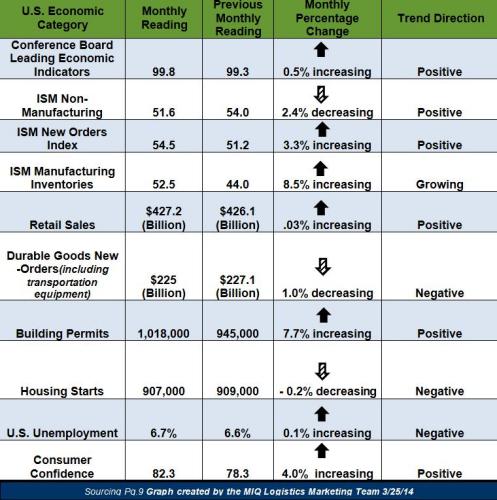 Economic activity in the manufacturing sector remained in expansion in February 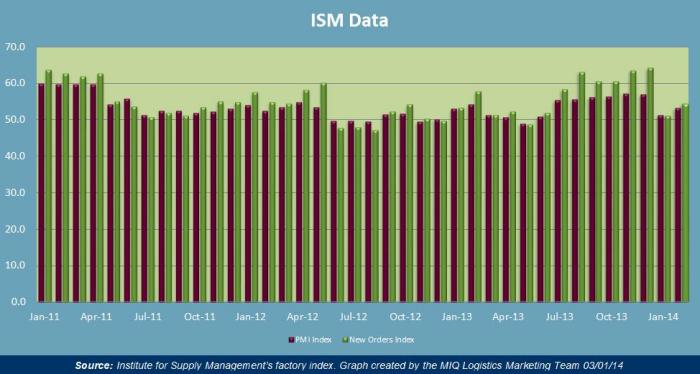 “The index for each freight mode declined in January with the largest decline in trucking. These declines took place during a period of severe winter weather, which particularly hit the heavily populated parts of the country. Severe weather can affect the demand for goods to ship as well as the ability to move goods. The decline in freight TSI took place despite increases in employment and personal income in January. The Federal Reserve Board Industrial Production Index declined in January, with the Construction sector leading the decline.” – Bureau of Transportation Statistics

“It is pretty clear that winter weather had a negative impact on truck tonnage during February,” said ATA Chief Economist Bob Costello. “However, the impact wasn’t as bad as in January because of the backlog in freight due to the number of storms that hit over the January and February period.” 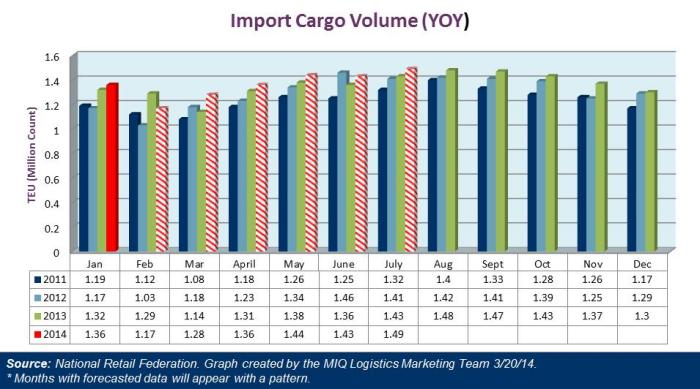 *NOTE: The ocean carriers have announced their next round of GRI’s for 4/15/15.
With the implementation of a mid-April GRI, there is the potential for a manufactured peak in the weeks leading up to April 15th.

Transpacific Eastbound contracts run May 1st – April 30th.  In regards to a 5/1/14 GRI, speculation is that the GRI levels will be the same as the April 15th GRI which is listed below.  May 1 GRI levels will be announced by April 1st. 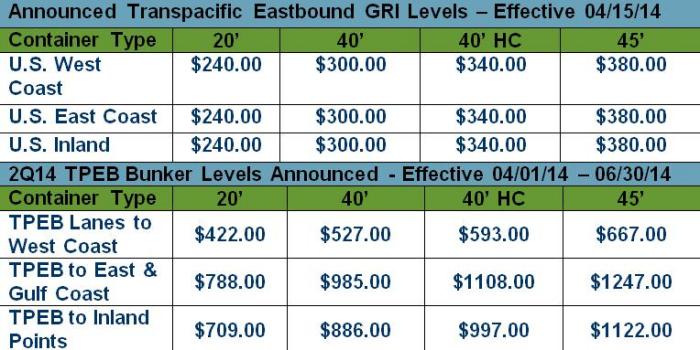