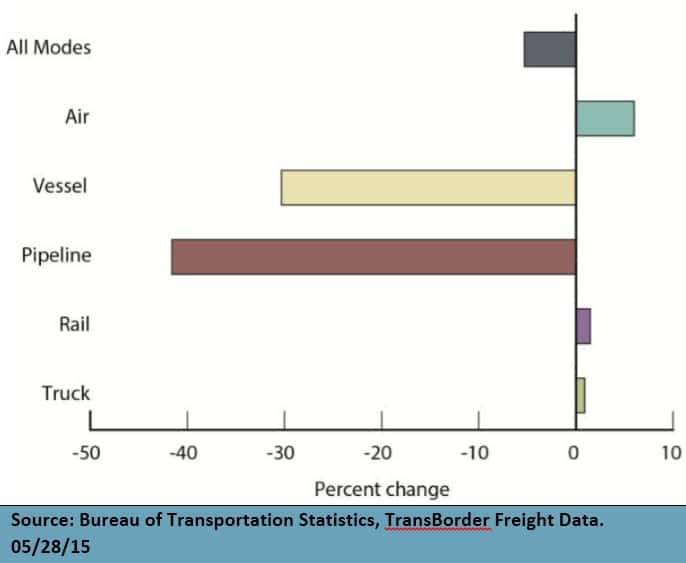 Year-over-year, the value of U.S.-NAFTA freight flows by all modes decreased by 5.3 percent. The value of NAFTA trade by pipeline and vessel declined in March due to the reduced unit price of mineral fuel shipments.