October 2014: Highest month on record for the value of U.S.-NAFTA trade flows 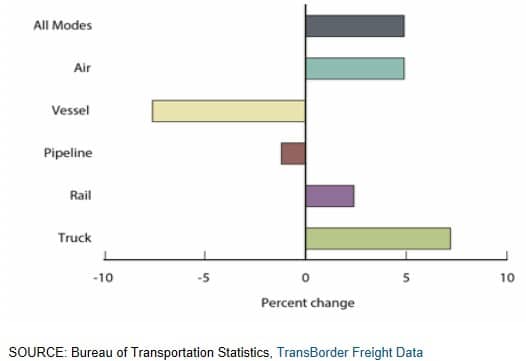 In October 2014 compared to October 2013, the value of commodities moving by truck grew by the largest percentage of any mode, 7.2 percent. Air freight increased 4.9 percent followed by rail at 2.4 percent. The two modes that move the most mineral fuels saw their total value of shipments decline on a year-over-year basis: pipeline by 1.2 percent and vessel by 7.6 percent