Imports at the nation’s major retail container ports are expected to continue at near-record levels this month and the remainder of the year despite a new round of tariffs on goods from China, according to the monthly Global Port Tracker report released today by the National Retail Federation and Hackett Associates. 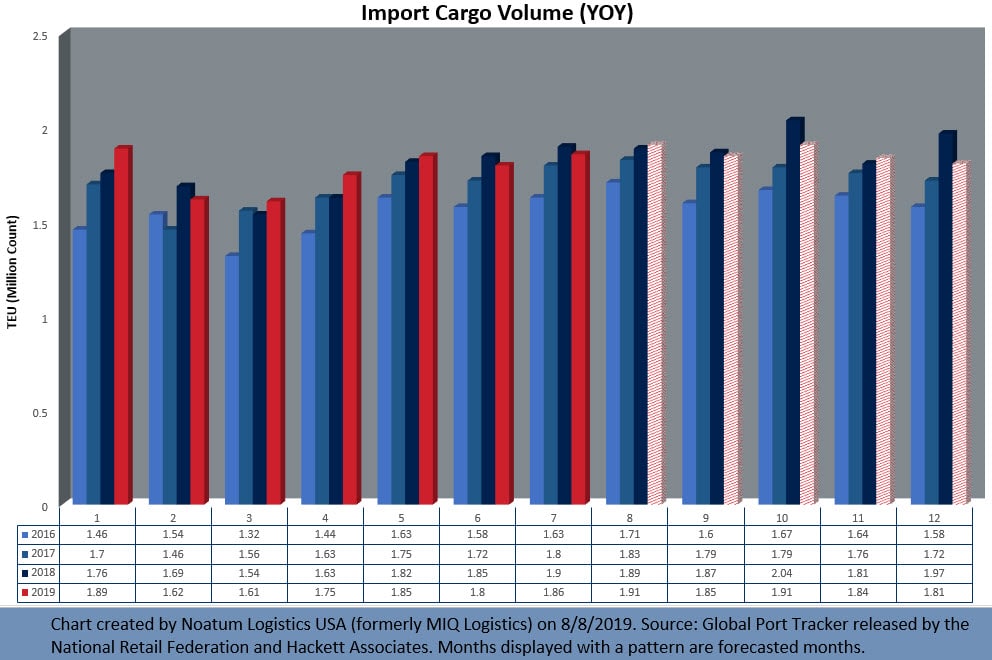 U.S. ports covered by Global Port Tracker handled 1.8 million Twenty-Foot Equivalent Units in June, the latest month for which after-the-fact numbers are available. That was down 2.9 percent from May and down 3 percent year-over-year. A TEU is one 20-foot-long cargo container or its equivalent.

The August and October numbers would be the highest monthly volumes since 1.96 million TEU last December, tying for the third-highest month on record behind that and the all-time record of 2 billion TEU set last October. While imports will decline year-over-year most months during the remainder of this year, that is largely because of high volumes seen last year as retailers rushed to bring in merchandise ahead of scheduled tariff increases.