Retail Imports Wind Down After End of Holiday Season

With the holiday season over, import cargo volume at the nation’s major retail container ports is expected to slowly decline through the first quarter of the year, according to the monthly Global Port Tracker report released today by the National Retail Federation and Hackett Associates.

“This is the time of year when the retail supply chain catches its breath before the next big rush begins,” NRF Vice President for Supply Chain and Customs Policy Jonathan Gold said. “Retailers are still tallying the bottom line of the holiday season, but they’re also making plans for the spring and summer.” 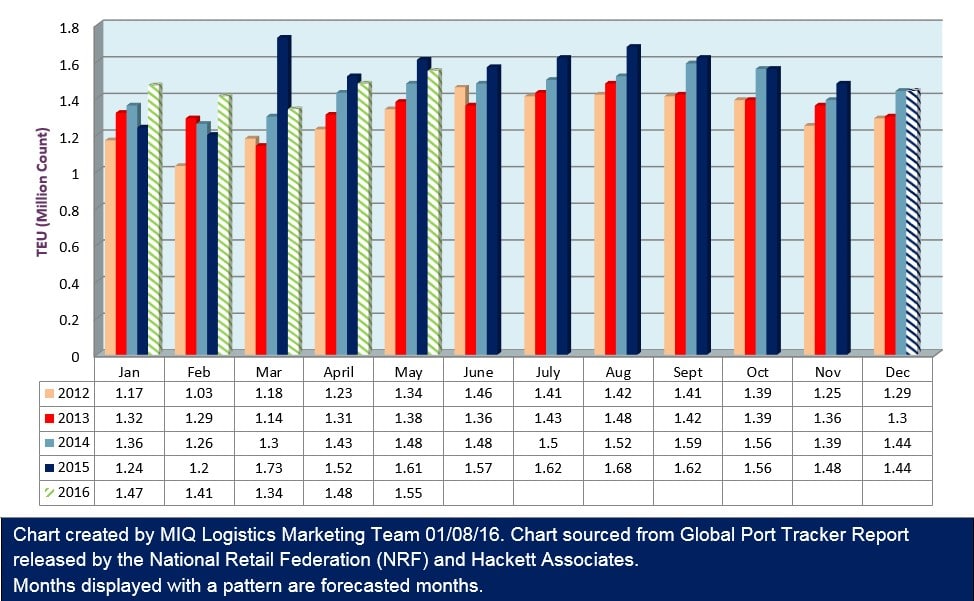 Ports covered by Global Port Tracker handled 1.48 million Twenty-Foot Equivalent Units in November, the latest month for which after-the-fact numbers are available. With most holiday merchandise already in the country by that point, volume was down 5 percent from October but up 6 percent from the year before. December was estimated at 1.44 million TEU, the same as 2014. One TEU is one 20-foot-long cargo container or its equivalent.

“We continue to remain concerned about the high inventory-to-sales ratio,” Hackett said. “Enough time has passed since the disruption on the West Coast that we can no longer look to that for justification of the high level.”