Imports at the nation’s major retail container ports are expected to continue to grow this summer as retailers stock up inventory to get ahead of higher tariffs, according to the monthly Global Port Tracker report released today by the National Retail Federation and Hackett Associates.

“With a major tariff increase already announced and the possibility that tariffs could be imposed on nearly all goods and inputs from China, retailers are continuing to stock up while they can to protect their customers as much as possible against the price increases that will follow,” NRF Vice President for Supply Chain and Customs Policy Jonathan Gold said. 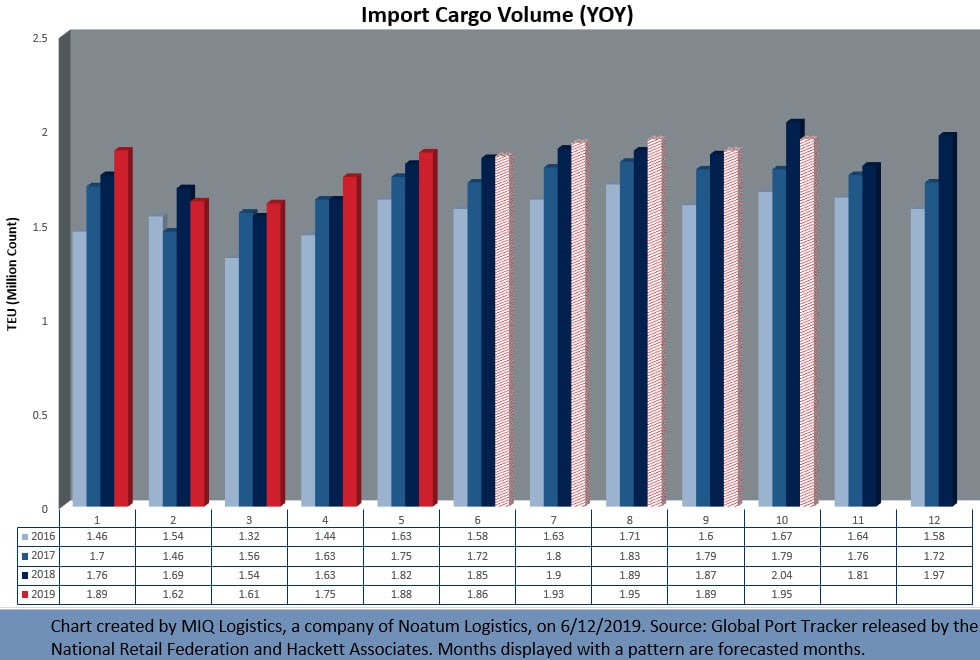 U.S. ports covered by Global Port Tracker handled 1.75 million Twenty-Foot Equivalent Units in April, the latest month for which after-the-fact numbers are available. That was up 8.4 percent from March and up 6.9 percent year-over-year. A TEU is one 20-foot-long cargo container or its equivalent.