“Following moderate growth in the last few months, the U.S. LEI picked up in July, with widespread gains among its components. The pace of the LEI’s growth over the last six months has nearly doubled, pointing to a gradually strengthening expansion through the end of the year. In July, average workweek in manufacturing was the weakest component.”

– Ataman Ozyildirim Economist at the Conference Board 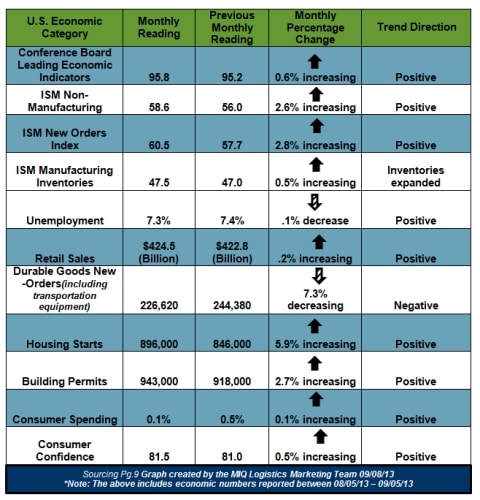 Economic activity in the manufacturing sector increased in August. 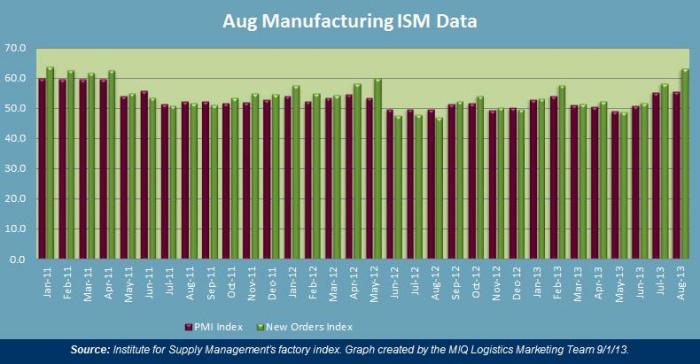 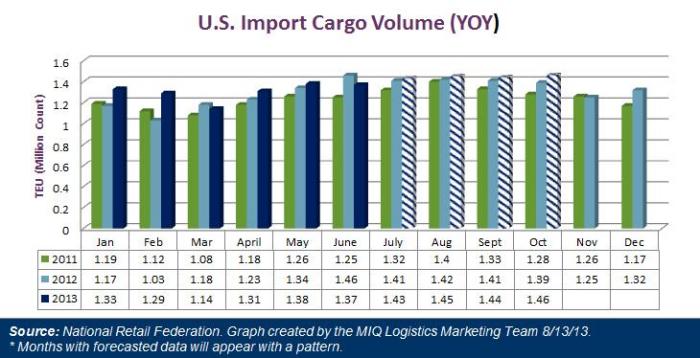 *Note: There is a possible 10/15/13 TPEB GRI that MIQ Logistics is monitoring.