Import cargo volume at the nation’s major retail container ports should be at near-peak levels this month even as retailers work to cope with the Hanjin Shipping bankruptcy, according to the monthly Global Port Tracker report released today by the National Retail Federation and Hackett Associates. 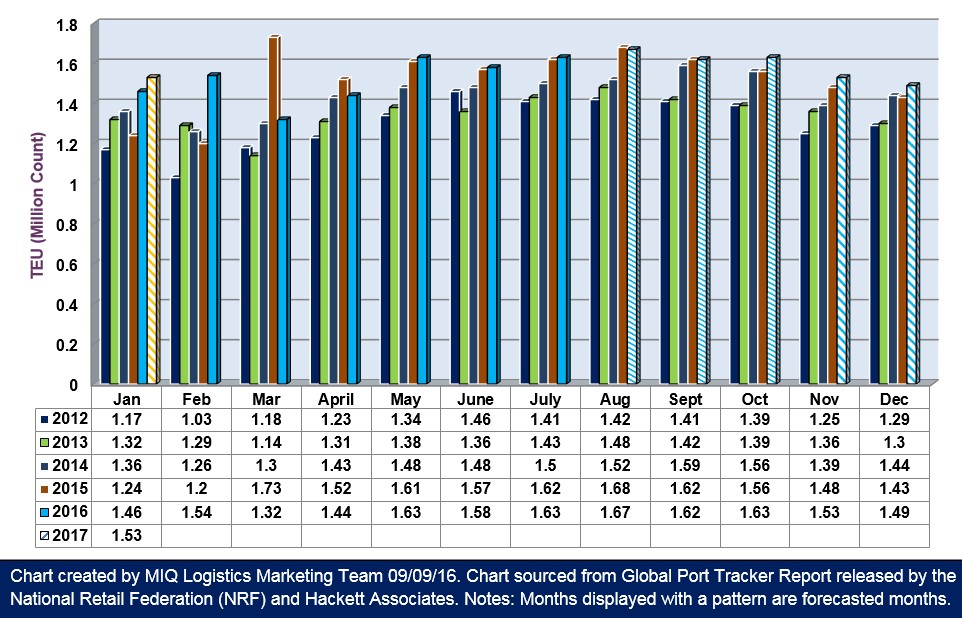 “Hanjin should not significantly affect volume for the month since alternative arrangements to unload those containers or shift cargo elsewhere should be dealt with by the time the numbers are tallied,” NRF Vice President for Supply Chain and Customs Policy Jonathan Gold said. “But millions of dollars worth of merchandise is in limbo at the moment, and retailers are working hard to make sure it ends up on store shelves in time for the holidays.”
Ports covered by Global Port Tracker handled 1.63 million Twenty-Foot Equivalent Units in July, the latest month for which after-the-fact numbers are available. That was up 3.2 percent from June and up 0.7 percent from July 2015. One TEU is one 20-foot-long cargo container or its equivalent.

>> Click here to read the entire release from the National Retail Federation.