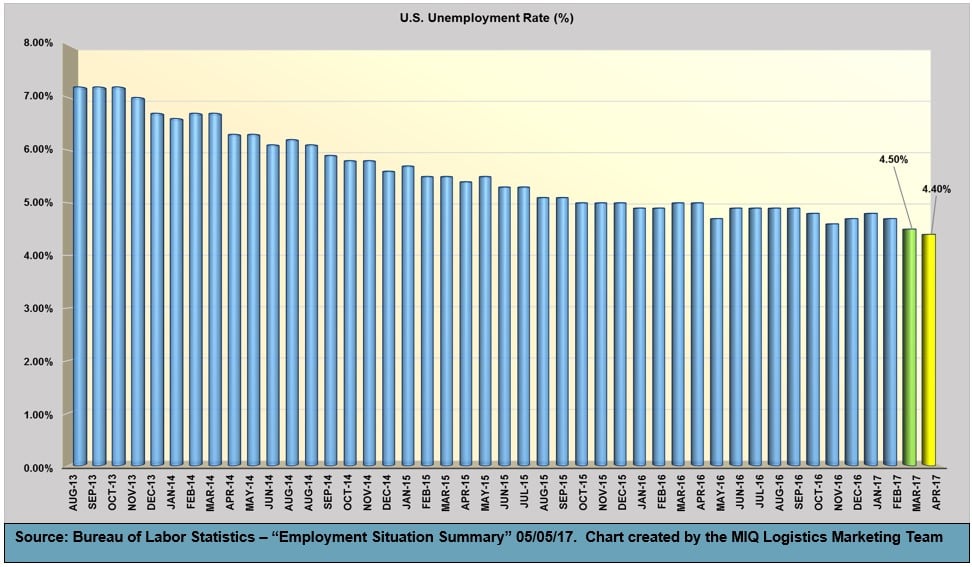 The labor force participation rate, at 62.9 percent, changed little in April and has shown little movement over the past year. The employment-population ratio, at 60.2 percent, was also little changed over the month but was up by 0.5 percentage point since December.

In April, 1.5 million persons were marginally attached to the labor force, down by 181,000 from a year earlier. (The data are not seasonally adjusted.) These individuals were not in the labor force, wanted and were available for work, and had looked for a job sometime in the prior 12 months. They were not counted as unemployed because they had not searched for work in the 4 weeks preceding the survey.