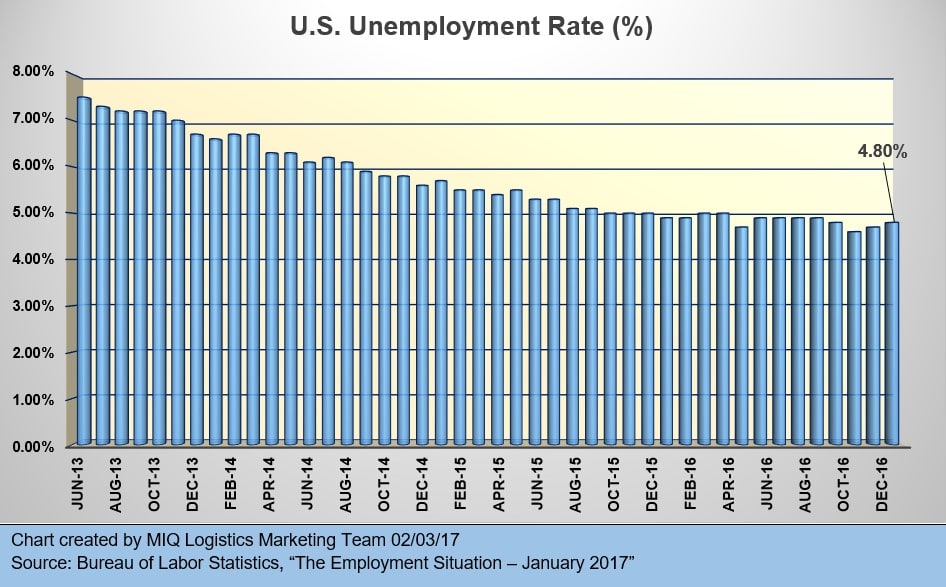 Both the number of unemployed persons, at 7.6 million, and the unemployment rate, at 4.8 percent, were little changed in January.

After accounting for the annual adjustments to the population controls, the civilian labor force increased by 584,000 in January, and the labor force participation rate rose by 0.2 percentage point to 62.9 percent. Total employment, as measured by the household survey, was up by 457,000 over the month, and the employment-population ratio edged up to 59.9 percent.

The number of persons employed part time for economic reasons (sometimes referred to as involuntary part-time workers) was little changed in January at 5.8 million. These individuals, who would have preferred full-time employment, were working part time because their hours had been cut back or because they were unable to find full-time jobs.