The unemployment rate declined to 4.5 percent in March, and total nonfarm payroll employment edged up by 98,000, the U.S. Bureau of Labor Statistics reported today. Employment increased in professional and business services  and in mining, while retail trade lost jobs. 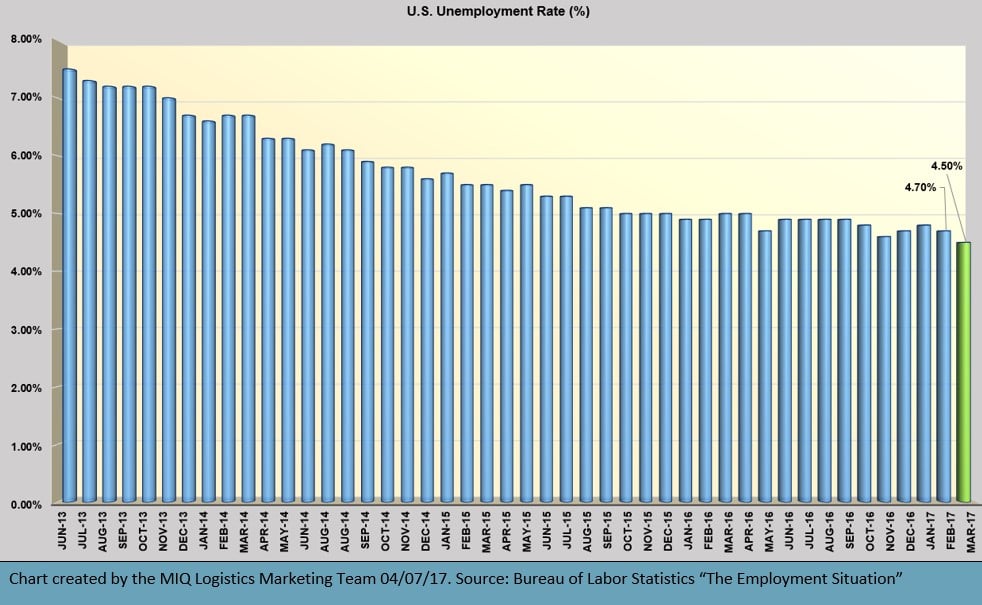 The unemployment rate decreased by 0.2 percentage point to 4.5 percent in March, and the number of unemployed  persons declined by 326,000 to 7.2 million. Both measures were down over the year.

The number of persons employed part time for economic reasons (sometimes referred to as involuntary part-time workers), at 5.6 million, was little changed in March but was down by 567,000 over the year. These individuals, who would have preferred full-time employment, were working part time because their hours had been cut back or because they were unable to find full-time jobs.

In March, 1.6 million persons were marginally attached to the labor force, little changed from a year earlier. (The data are not seasonally adjusted.) These individuals were not in the labor force, wanted and were available for work, and had looked for a job sometime in the prior 12 months. They were not counted as unemployed because they had not searched for work in the 4 weeks preceding the survey.