Total nonfarm payroll employment rose by 261,000 in October, and the unemployment rate edged down to 4.1 percent, the U.S. Bureau of Labor Statistics reported today. Employment in food services and drinking places increased sharply, mostly offsetting a decline in September that largely reflected the impact of Hurricanes Irma and Harvey. In October, job gains also occurred in professional and business services, manufacturing, and health care. 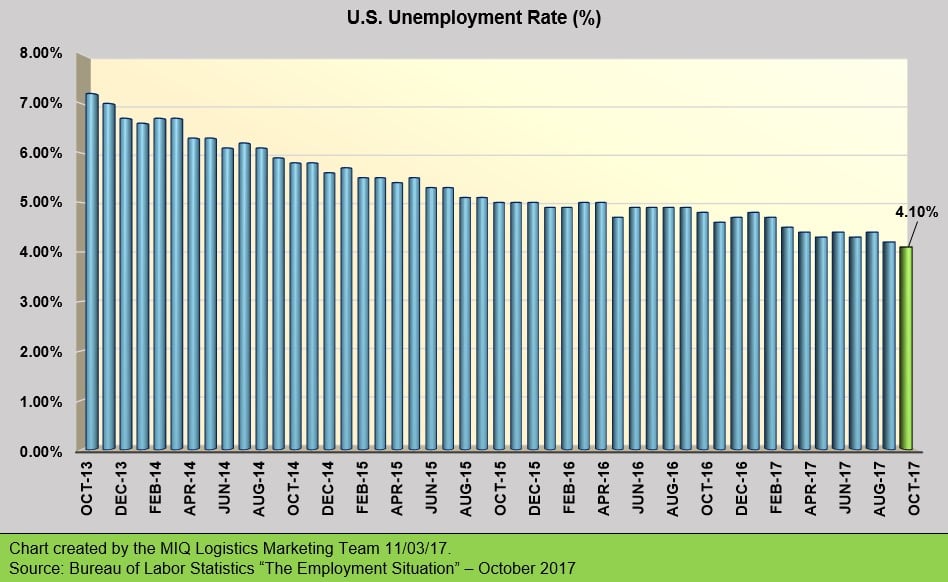 In October, the number of long-term unemployed (those jobless for 27 weeks or more) was little changed at 1.6 million and accounted for 24.8 percent of the unemployed.