News and weather reports (https://weather.com/storms/hurricane/) forecast that Typhoon Lekima will move from Japan’s Ryuku Islands to near or just north of Taiwan on Friday, then on to eastern China, including Shanghai, over the weekend. Typhoon Krosa remains primarily in the open waters of the Western Pacific. The Weather Channel reports: 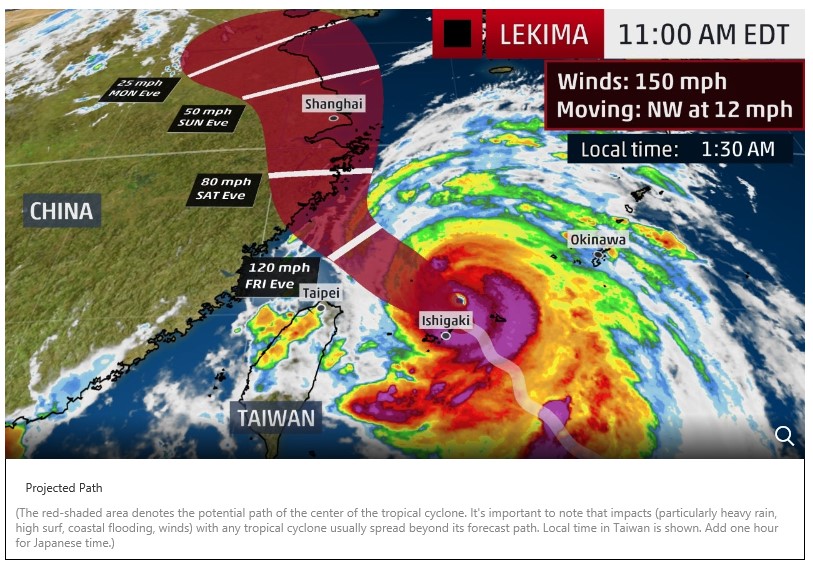 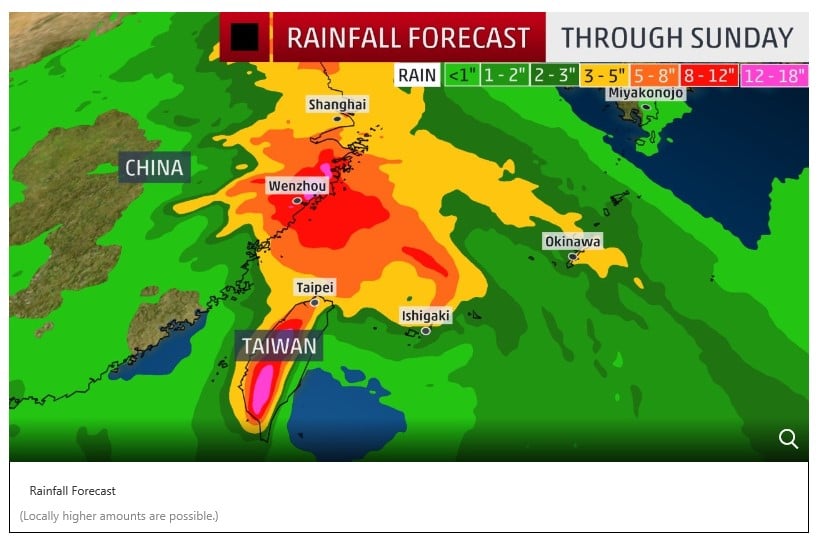 The following is an update from Maersk regarding potential delays caused by the typhoons. (All other carrier status updates are still pending.) 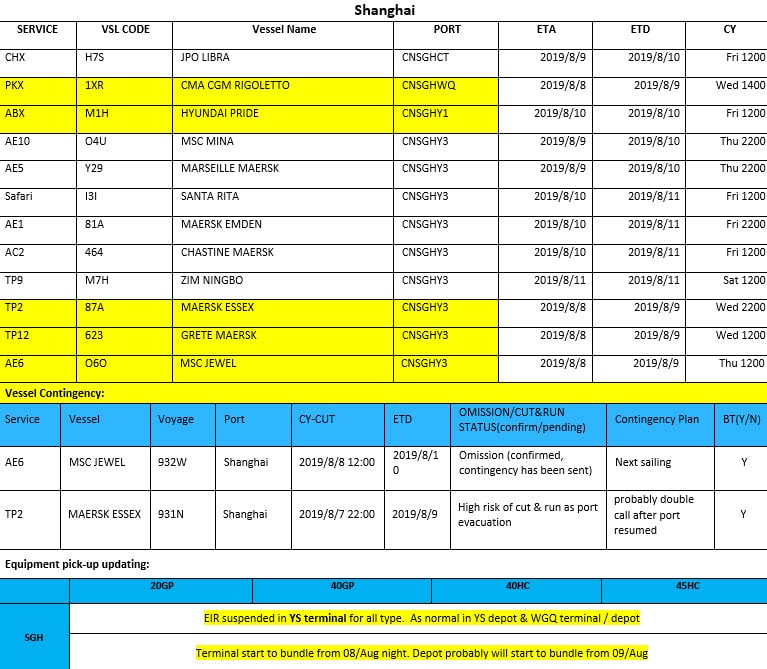 Noatum Logistics is closely following the news reports and advisories from our carriers and we will provide updates as received.