Today the Global Port Tracker report was released by the National Retail Federation and Hackett Associates.  The report points to August being forecasted as the highest U.S. import volume month on record (Global Port Tracker began tracking import volumes in the year 2000).   U.S. ports followed by the report handled 1.48 million Twenty-Food Equivalent units in the month of June, and estimates for August, September, October, November and December can all be found below.

Forecasted TEU per month can be found in the chart below: 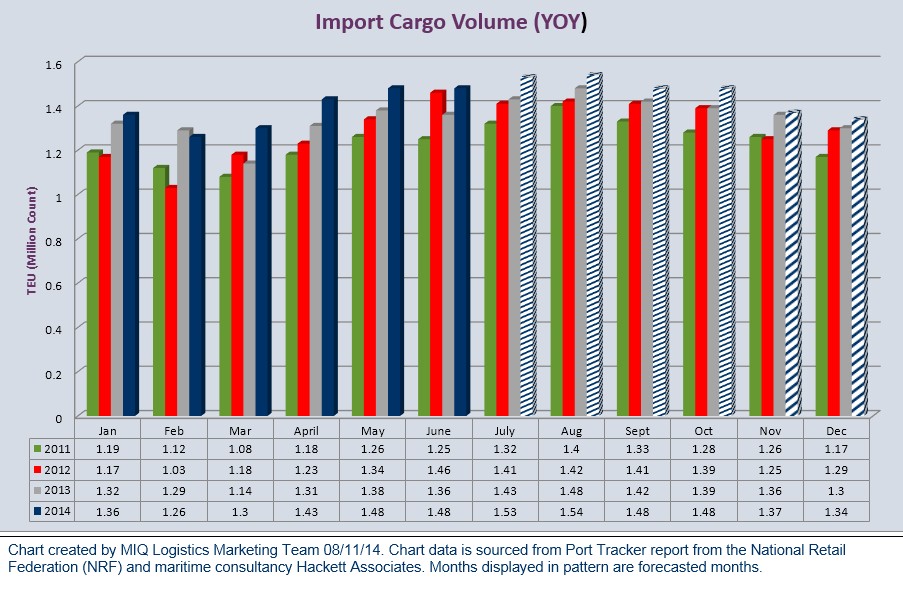