“Import cargo volume at the nation’s major retail container ports is expected to slow down this month following record levels seen in September and October as retailers rushed to bring merchandise into the country ahead of a possible shutdown of West Coast ports, according to the monthly Global Port Tracker report released today by the National Retail Federation and Hackett Associates.” 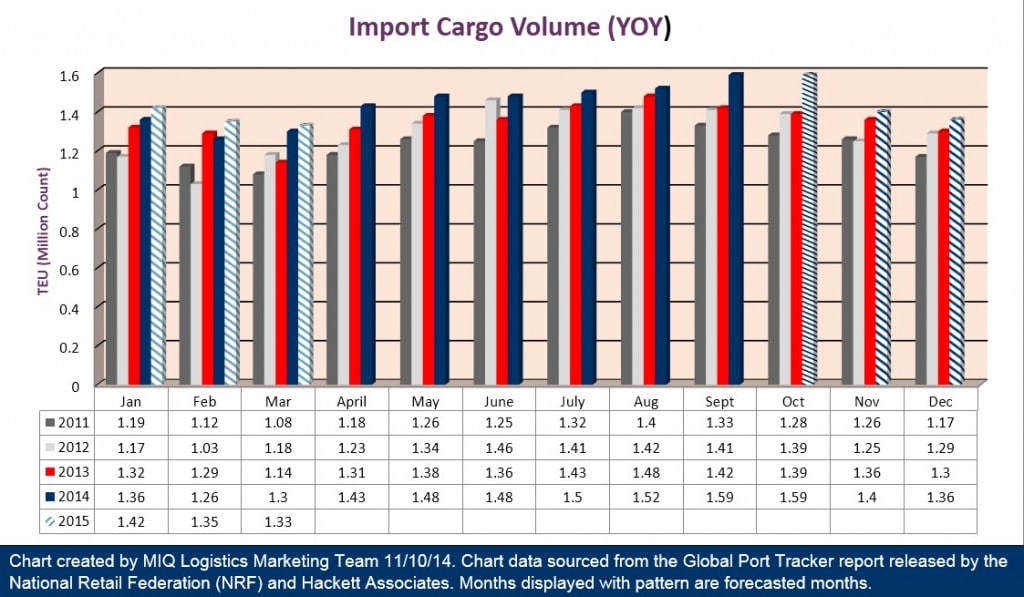 “Retailers have done all they can to stock their shelves and build up inventories in case the worst should happen,” NRF Vice President for Supply Chain and Customs Policy Jonathan Gold said. “We believe it’s time for President Obama to send in a federal mediator and do what it takes to reach an agreement that will work to the benefit of not just labor and management but all the businesses and consumers who depend on these ports.”

Import volume at U.S. ports covered by the Global Port Tracker report is expected to total 1.4 million containers this month, down from 1.59 million each in September and October, a number that broke the previous monthly high of 1.52 million set in August. Cargo volume has been well above average each month since spring as retailers have imported merchandise early in case of any disruption on the docks.