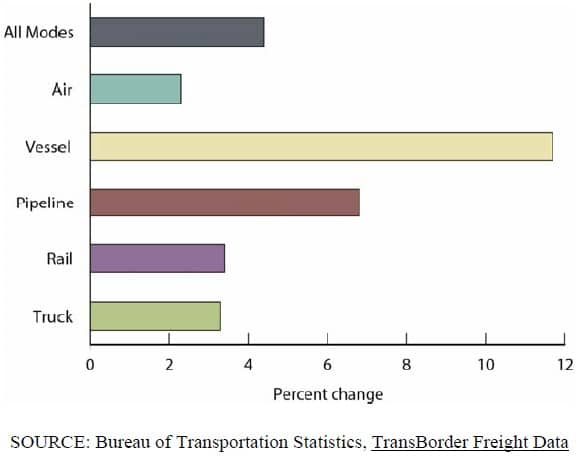 “In August, the value of commodities moving by vessel grew by the largest percentage of any mode, 11.7 percent. Pipeline freight increased 6.8 percent followed by a rail increase of 3.4 percent, a truck increase of 3.3 percent, and an air increase of 2.3 percent.”

“Of the $4.2 billion increase in the value of US-NAFTA freight from August 2013, truck freight contributed the most, $1.9 billion, followed by rail, $514 million. The trucking increase was due almost entirely to growth in truck freight with Mexico as U.S.-Canada truck trade remained almost unchanged.”

>> Click here to read the entire release from the U.S. Department of Transportation