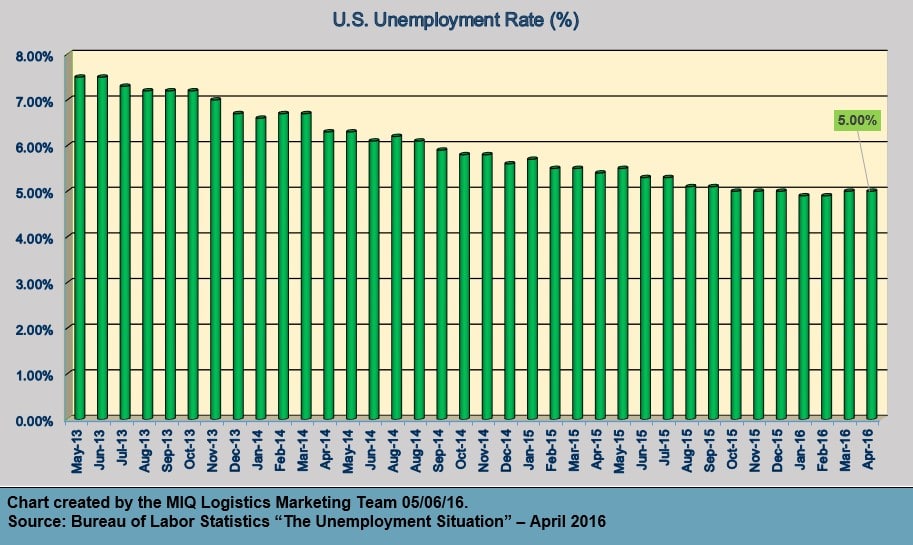 In April, the unemployment rate held at 5.0 percent, and the number of unemployed persons was little changed at 7.9 million. Both measures have shown little
movement since August.  Among the major worker groups, the unemployment rate for Hispanics increased to 6.1 percent in April, while the rates for adult men (4.6 percent), adult women (4.5 percent), teenagers (16.0 percent), Whites (4.3 percent), Blacks (8.8 percent),  and Asians (3.8 percent) showed little or no change.

The number of long-term unemployed (those jobless for 27 weeks or more) declined by 150,000 to 2.1 million in April. These individuals accounted for 25.7 percent
of the unemployed. In April, the labor force participation rate decreased to 62.8 percent, and the employment-population ratio edged down to 59.7 percent. (See table A-1.)

The number of persons employed part time for economic reasons (also referred to as involuntary part-time workers) was about unchanged in April at 6.0 million
and has shown little movement since November. These individuals, who would have preferred full-time employment, were working part time because their hours had
been cut back or because they were unable to find a full-time job.

>> Click here to read the entire press release from the Bureau of Labor Statistics.