Total nonfarm payroll employment increased by 156,000 in September, and the unemployment rate was little changed at 5.0 percent, the U.S. Bureau of Labor Statistics reported today. Employment gains occurred in professional and business services and in health care. 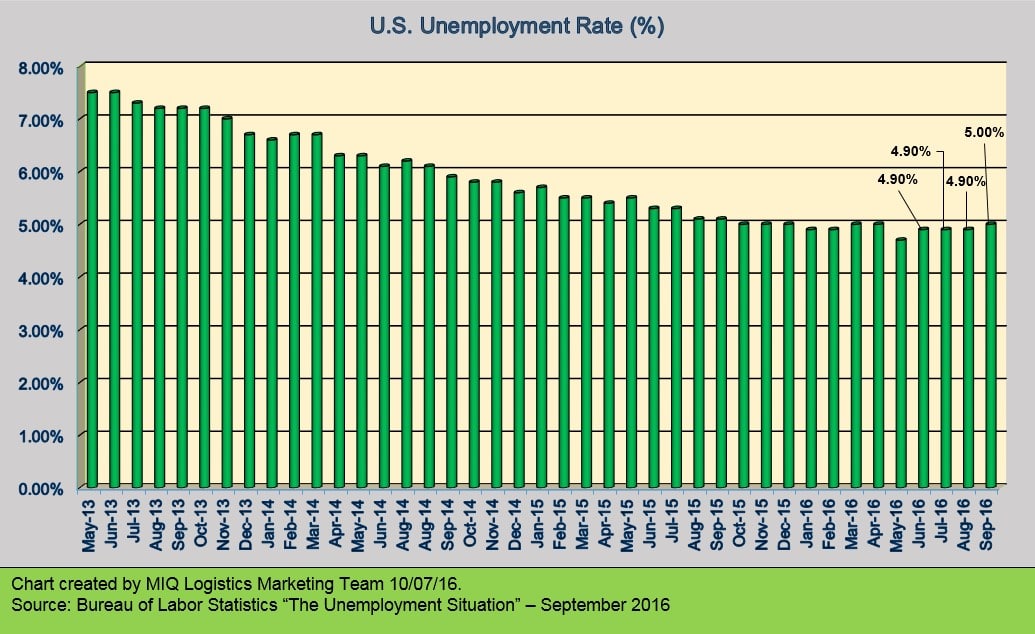 The unemployment rate, at 5.0 percent, and the number of unemployed persons, at 7.9 million, changed little in September. Both measures have shown little movement, on net, since August of last year.