UK Prime Minister Theresa May invoked Article 50 of the Lisbon Treaty on March 29.  This gives the UK and the European Union (EU) two years to agree the terms of the UK’s exit from the EU. EU member states will meet to discuss Brexit on 29 April, a month after the UK triggers Article 50. The purpose of the meeting is to provide the guidelines for the EU’s negotiating team headed by Michel Barnier, the French politician serving as the EU Chief Negotiator for Brexit since December 2016.  The scheduled elections in France, Germany and Italy add a layer of complexity that may make consensus on these guidelines difficult to achieve. 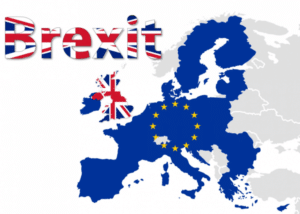 Both the UK and the EU want trade to continue after Brexit. Mrs May says she wants the UK to reach a new customs union deal with the EU that will allow the UK both to enjoy the benefits of a customs union with the EU and to negotiate new bilateral trade deals with non-EU countries. Currently, the EU has trade agreements with 52 other countries that the UK must renegotiate on its own after Brexit. Mrs. May believes that the U.K. can negotiate new bi-lateral trade agreements that more specifically benefit the UK. The difficulty is that these agreements tend to be negotiated on a country-by-country and sector-by sector basis, and may take years, if not decades to conclude.

The effects of Brexit on the UK VAT system cannot be determined until Brexit model is known. Widespread amendment of the UK VAT Act is unlikely, save for some modifications to take account of specific UK interests and to reflect the fact that supplies to and from the EU will no longer be intra-Community supplies.

One bit of good news is that the UK will automatically become a member of the World Trade Organization (WTO) as soon as it leaves the EU. This is important because in the period when the UK is negotiating a new trade deal with the EU, and that could take years, trade would be conducted under WTO rules and Most Favored Nation tariff rates.