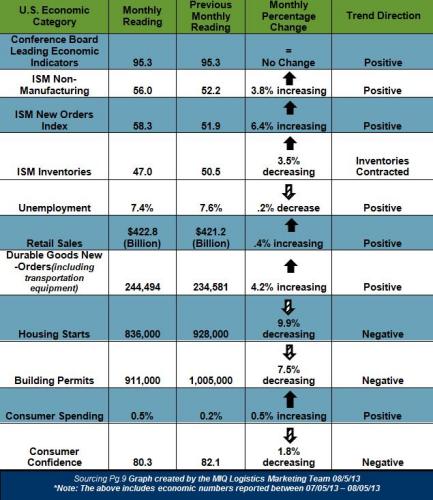 Economic activity in the manufacturing sector bounced back in July. 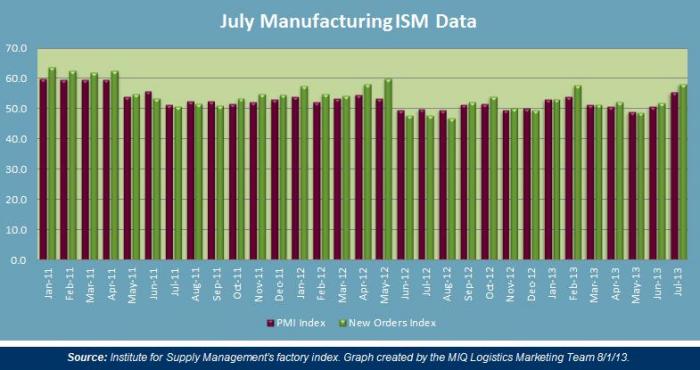 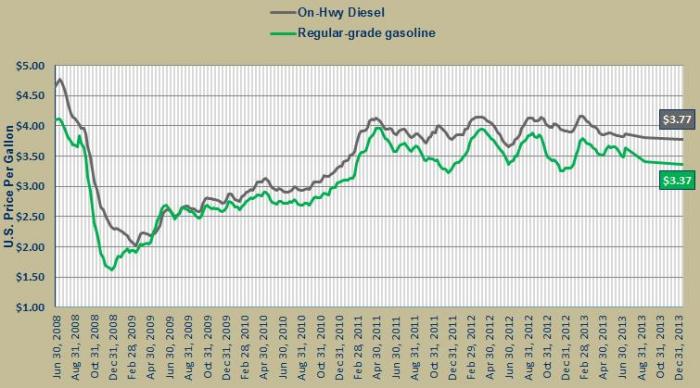 “The fact that tonnage didn’t fall back after the 2.1% surge in May is quite remarkable,” ATA Chief Economist Bob Costello said. “While housing starts were down in June, tonnage was buoyed by other areas like auto production which was very strong in June and durable-goods output, which increased 0.5% during the month according to the Federal Reserve.” “Robust auto sales also helped push retail sales higher, helping tonnage in June” he said, “The trend this year is heavy freight, like autos and energy production, is growing faster than lighter freight, which is pushing turck tonnage up.” 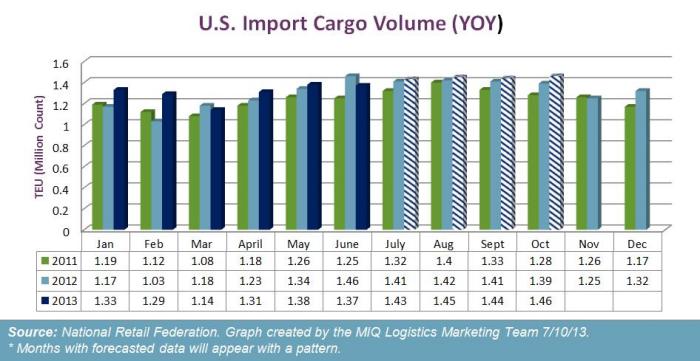 *Note: The Peak Season Surcharge (PSS) charge above; while implemented by carriers on 8/1/13, the actual PSS amounts are at mitigated levels.