“The LEI continues on a broad-based upward trend, suggesting gradually strengthening economic conditions through early 2014,” said Ataman Ozyildirim, Economist at The Conference Board. “Improving labor markets and new orders in manufacturing, combined with strong financial indicators, drove November’s gain. However, consumers’ outlook for the economy and the drop in housing permits continue to pose risks in 2014.” 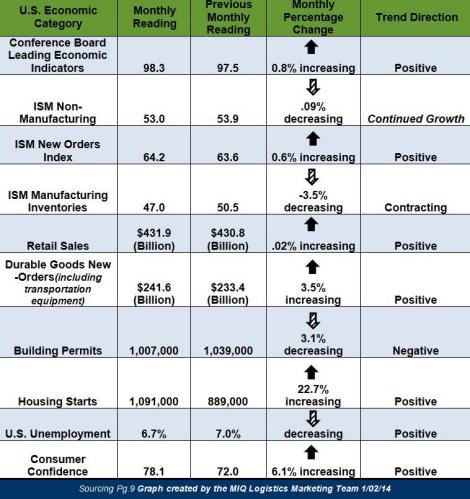 Economic activity in the manufacturing sector continued to expand in December 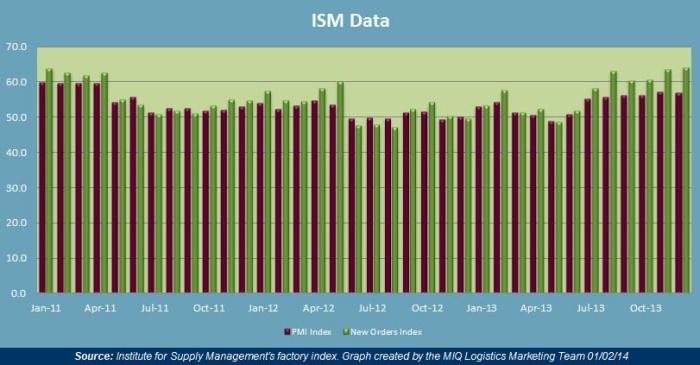 “Tonnage snapped back in November, which fits with several other economic indicators,” said ATA Chief Economist Bob Costello. “Assuming that December isn’t weak, tonnage growth this year will be more than twice the gain in 2012.”  “Still, truck tonnage continues to be supported by fast growing sectors of the economy that generate heavy freight loads, like residential construction, fracking for oil and natural gas, and auto production,” Costello said. 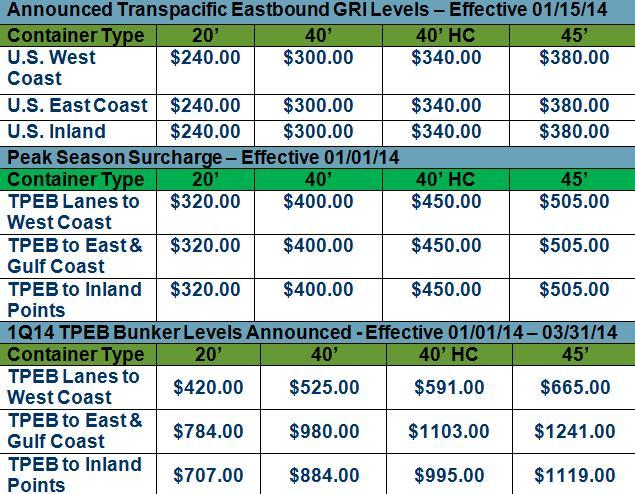 The industry is experiencing an artificial peak on U.S. import cargo volumes prior to the Chinese New Year, which is what is driving the above GRI and PSS level announcements.